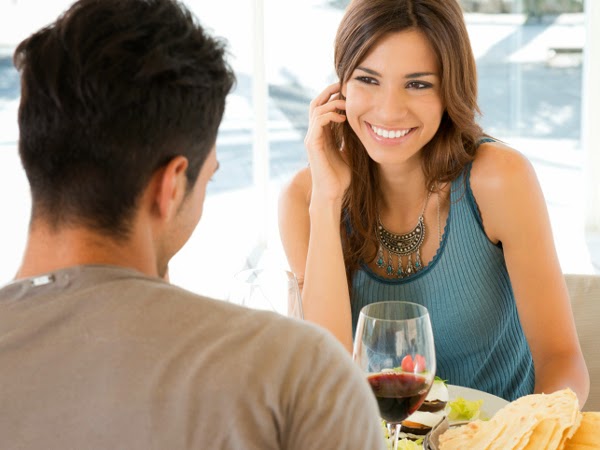 I remember it like it was just yesterday.
The conversation my single girlfriends and I would have over and over again.  Whenever one of us had just gone on a first or second date, or had been in a slow moving relationship with the typical non-committal guy we were in denial about.
The conversation always inevitably came around to why hasn't he called?It was always spoken with that combination of sadness and desperation, with a little trace of hope salted in.  We could have had a ringtone on our phones for it.  It was the tribal rallying cry, calling all of us together in support of the one whose turn it was to live it. And then the conversation would begin, with us rehashing every single detail of what we had said and done.  Every possible piece of conversation, body language, tone, nuance, and action was meticulously scrutinized as we tried to piece together the answer to that question that was eluding us once again: why hasn't he called?
And of course, as supportive girlfriends, we would all offer our best take on the situation, usually filled with lots hope, but with a little dose of realism thrown in, trying to make sense of a situation that doesn’t have much sense to it to begin with.

Until eventually, we would run out of possibilities and resign ourselves to either waiting it out some more, or relieving our anxiety by just calling him ourselves.Well, after asking the same question myself more times than I would like to admit, and hearing it from my girlfriends about the same number of times, I know the answer that we all really knew even back then.That the real reason he hasn't called is because this guy is just not that interested.  At least right now. I know; that’s hard to hear.But would it make it easier to hear it if you knew how much the realization could save you so much heartbreak?  Would it help to know that by realizing the truth now, before you put so much of your body, heart, and soul into this relationship, you could save yourself from so much more pain down the road?Because here’s the thing, if he’s interested in you, nothing will be able to keep him from calling you. Guys aren't like that.When they’re interested, they keep trying. Until you clearly let them know you’re not interested – and even then, they sometimes don’t get it and keep trying.

Now I know there are some really, really shy guys out there who you might be thinking are the exception. But if you’re putting out subtle hints to this guy you’re interested in that you really are interested in him, he’s going to get the hint and respond. By calling  you! yo! Even if he’s on the shy side. And with a guy who’s a player, well, there’s no stopping him. In the beginning, he’s calling you … a lot. But if it seems that the calls start to be growing farther apart, be forewarned.Lol That’s a fairly common characteristic with the type of guy who’s broken more than his share of hearts. Just ask all my single friends. But guys just aren't wired to sit back and wait for you to call them. They’re into pursuing. And calling. Because a genuinely interested guy wants to get to know you. He wants to spend time with you. He wants to find out who is this beautiful woman known as you. He wants to find out if the two of you might be compatible. He wants to find out if you’re interested. If he’s interested.

Now, there’s also the chance of the guy being confused by the so-called three day rule, made infamous in the movie swingers. Unfortunately, if he falls into this category it’s a sign of bigger issues, which is a topic for another post.If this is the case, you may want to, one time, explain to him that the three day rule is absolutely ridiculous, forgive him for his uninformed folly, and give him one more chance to get it right.The other possibility is that he might be interested in you, but he might not be interested in a relationship. And that means he might not call right away either.

So don’t take it too personally.

Do you get that?

You’re being saved from more heartbreak down the road.Trust me on this one - there’s nothing worse than being led on with your full heart into a guy only to find out later you’re both on opposite sides of the page when it comes to commitment. That’s the stuff sad songs are made of. So don’t despair if your phone isn't ringing. Take it as a sign. And if you’re not convinced, by all means, come right out and talk to him or call him if that will make you feel better. To know. He might not be able to come right out and be direct himself, but at least he’ll know for sure where you stand. And if he’s not the right one, well, consider yourself lucky to be finding out early on.

P. S. Just in case you were wondering, while there is a very small chance that the guy that hasn't called is lying injured in a ditch somewhere and can’t reach his cellphone, it’s really quite unlikely.
As much as that might be easier on us if it were true.